It is finally here. The day South Africa puts on the biggest show ever to hit the African continent. I didn’t need an alarm clock to get out of bed on this chilly Jo’burg morning. I awoke to the sounds of Vuvuzelas trumpeting triumphantly, edging on the South African team (also known as Bafana Bafana) who are staying at a hotel not far from my apartment.

It may be an overcast day in Johannesburg, but the energy is electric. The buildup to the opening game culminated in a carnival-like atmosphere this week. As my office is based in Sandton, I managed to capture these images from the surrounding streets and Nelson Mandela Square. 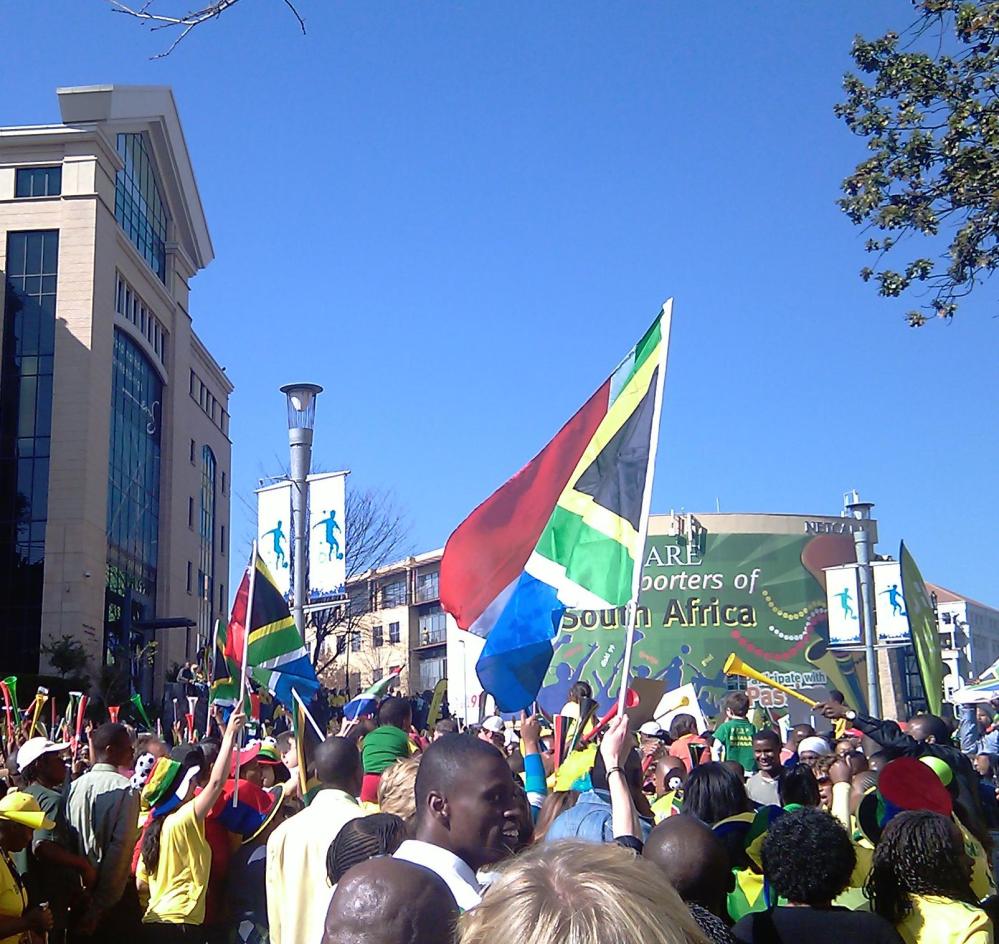 One of my favourite moments was a Mexican and South African fan sing-a-long. The singing was terrible. The atmosphere was magic!

I am a proud South African.  This country has come so far since 1994.I feel we have already won the World Cup.  This is nation building at its very best. Viva South Africa viva!

Thanks for visiting marcussorour.com! I post mostly about nature, exercise, and the outdoors. I love trail running with my dog, but every so often I will also write about walking, swimming and cycling. This blog used to cover a variety of topics. You can still find these old posts in the archive. You are welcome to follow me on Twitter and LinkedIn where I post about my profession, F5, sustainability, and social justice. View all posts by Marcus Sorour